The New York Times Comes out for Goat Yoga 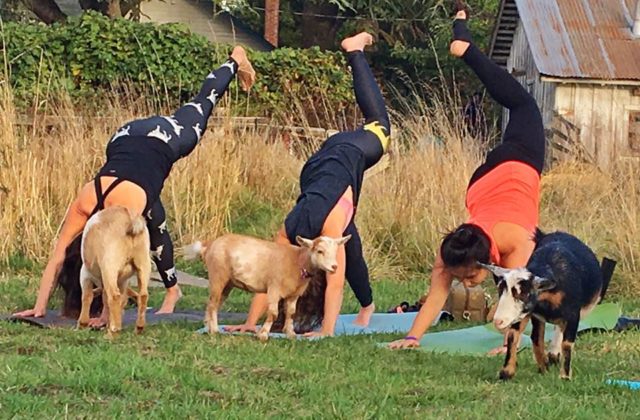 Bring a Yoga Mat and an Open Mind. Goats Are Provided.

The idea of goat yoga was hatched at a birthday party this spring in Lainey Morse’s backyard here in this agricultural community about 70 miles south of Portland. A bunch of 6-year-olds were partying with the young goats — “kids and kids,” the party invitation said. Ms. Morse began adopting goats last year as pets and for a kind of self-administered therapy after an illness and a divorce. One of the moms, a yoga instructor named Heather Davis, turned to Ms. Morse and said, “Hey, I’ve got an idea.”