Local Oregon College Reports on the Phenomenon that is….. Goat Yoga! 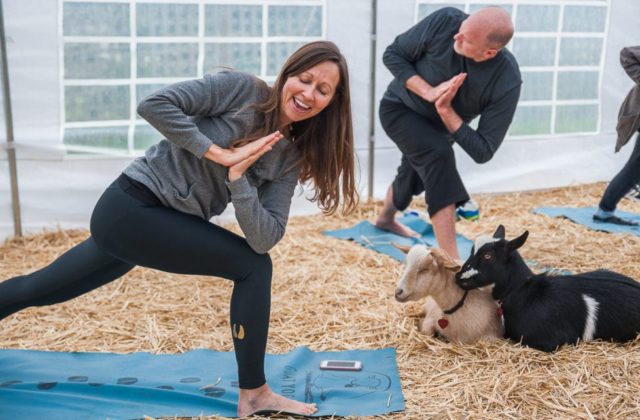 Get Your Goat: Local entrepreneur creates unique new way to do yoga!!

If someone were to tell you they were going to attend a goat yoga class, you would probably have a few different reactions. First, you might look at that person with the same expression you would as if they had just told you they had bought a reasonably priced condominium on Jupiter’s sixth moon of Europa. Second, you may begin to get curious about what goat yoga would actually entail.

Your imagination drifts off to a studio full of bearded billy goats atop yoga mats doing downward facing dogs and striking warrior poses. Well, imagine no more, because it’s much simpler than that.