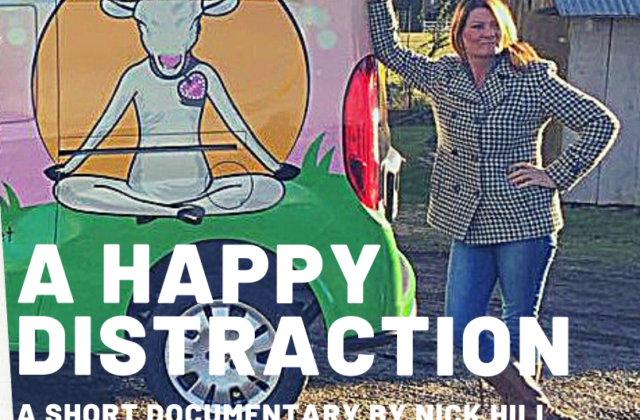 A Happy Distraction- A Short Documentary by Nick Hill

Nick Hill approached me at the tail end of 2017 and asked if I’d be interested in being a part of  a short documentary for his thesis at Montana State University. He was planning on doing it on animal therapy. Filming starting in 2018 and after several  interviews at the farm, I received this email from him.

From Nick- March 19th, 2019. “Whereas originally I was thinking I would talk about therapy animals and how goats/goat yoga works into that, now I think the film is more suited to be somewhat of a portrait of you as you pioneer the fight to get goat-assisted therapy recognized along the same lines as equine and canine therapy.”

The short documentary is finally finished. He’s even had it featured at the Klamath Film Festival. I was so happy and grateful to be a part of this piece that will hopefully show the world how therapeutic it is to just get outside, bond with animals and find your happy distraction.

I hope you enjoy it!