Why Are Animals used in Mental Health Therapy? 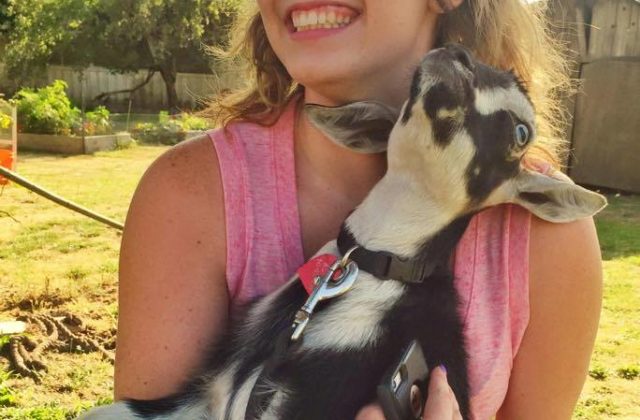 One in Five people suffer from a Mental Illness, but just how many of these people are aware of the healing, and therapeutic, benefits animals can provide to those struggling with their mental health? Animals have their own individual healing powers – Dogs can heal wounds with their saliva; Snake’s venom can prevent blood clots and Cat’s purring can assist in mending broken bones. Evidently, animals can heal us (physically) even without specific training. But exactly how do animals assist people during their recoveries from mental illness(s)?

Animals are increasingly being used in therapy, with Goat yoga being the new trend and a new form of Animal Assisted Therapy, increasing in popularity as it aims to relieve stress and encourage calmness by using Goat interaction, along with plenty of Goat cuddles! A Goat Therapy program has also been introduced to a farm in North Carolina recently.

When a former Deputy Chief of Police became involved with Goat yoga, she stated (and credited) it for ‘saving her soul’. Also stating that ‘you can be yourself, you can cry, you can work through emotions… and they’re just going to be there’.

“These Goats will bring unconditional love, companionship and purpose to some young people who may have nothing else to live for in their world”.

Animal-assisted therapy is popular for those suffering from Depression as the animals can assist in their owner releasing chemicals that provide a sense of wellbeing. Meaning Animal Therapy is commonly used in prisons, nursing homes, mental health hospitals and in people’s homes.

NHS Scotland has also introduced Goats (and other animals) to their Animal Therapy Centre, stating that “Bonding with animals is often much easier than getting people to like and trust you, so animals-as therapy is a great first step in the rehabilitation process”. (Aileen Galt, Rehabilitation Instructor).

“The majority of research projects studying the effects of Animal Assisted Therapy have been small, but most indicate that this kind of therapy has great potential in the mental health field”. (Aeron Katcher, Professor of Psychiatry in The United States).

‘Research has found that owning a dog can lower blood pressure, reduce stress hormones, and boost levels of feel-good chemicals in the brain.’ (Kathleen Doheny. Web MB. Pets for Depression and Health).

It has been proven that animals possess the ability to read facial expressions. A study carried out at The University of Rochester, Michigan, US revealed that cats behaved differently when their owner was smiling compared to when they were frowning. The study highlighted the fact that the cats were more likely to display positive behaviours when their owner engaged in positive mannerisms, compared to when their owners appeared to be down. When the owners were ‘positive’ the cats purred, rubbed against their owners and sat on their owner’s knees. When the cats were placed with strangers for the study, the cats displayed similar (positive) behaviours. (http://www.bbc.co.uk/earth/story/20151015-your-cat-can-pick-up-on-how-you-are-feeling)

This highlights that animals can detect changes in mood and will provide comfort to those in need. Evidently, a Human’s mood will have an effect on an animal, too. Animals are intelligent and are able to sense even the slightest of changes in different people, which can be helpful to those with mental illnesses (as the animals can provide comfort and a distraction).

‘Interactions with animals are considered to offer benefits to patients suffering from post-traumatic stress disorder (PTSD) Autism and other challenging disorders’(http://dogtime.com/dog-health/general/20839-pet-therapy-and-human-mental-health-issues)

Animal therapy and simply being surrounded with animals has been found to release Endorphins in the brain, a feel-good chemical which allow people to feel uplifted and to focus on something other than their illness alongside the negative impacts they bring. In mental health, it’s crucial that patients are encouraged to find distraction techniques. Society is becoming aware of other forms of therapy, besides talking therapies and more people are benefitting from the art of AAT (animal assisted therapy). ‘The purpose of pet therapy is to help someone recover from or cope with a health problem or mental disorder’.

Animals can provide many positive benefits with regards to mental health. For instance:

We are becoming increasingly aware of the physical healing benefits animals have, but what about the mental aspects?

Lainey Morse (The inventor of Goat Yoga) has proclaimed that animals have many healing abilities, including the following:

‘Research indicates that interaction with therapy animals can temporarily affect the release of various neurotransmitters in the brain. Oxytocin levels (linked with bonding) and dopamine levels (involved in the reward-motivation system) are increased, while cortisol level (an immunosuppressant associated with stress) are decreased.’ (https://goatyoga.net/goat-therapy/)

‘The rise in animal therapy is backed by increasingly serious science showing that social support can come on four legs, not just two’

Lainey has also spoken of a personal experience she had, where she witnessed Goats ‘transforming’ the Children from a School who, previously, wouldn’t give eye contact or smile prior to spending time with the Goats. Only for them to, later on, be smiling and socializing afterwards, stating that the Goats held therapeutic properties and were able to have a positive, changeable effect on the Children.

Lainey believes that Goats can provide a ‘happy distraction’ to those with worries going on in their lives. (Lainey Morse, No Regrets Farm, Willamette Valley, Oregon. 2017).

Animals and their individual healing abilities

Rabbits- Have been proven to lessen anxiety

Fish- Have helped to calm people with Alzheimer’s

Dogs- Have helped to reduce anxiety 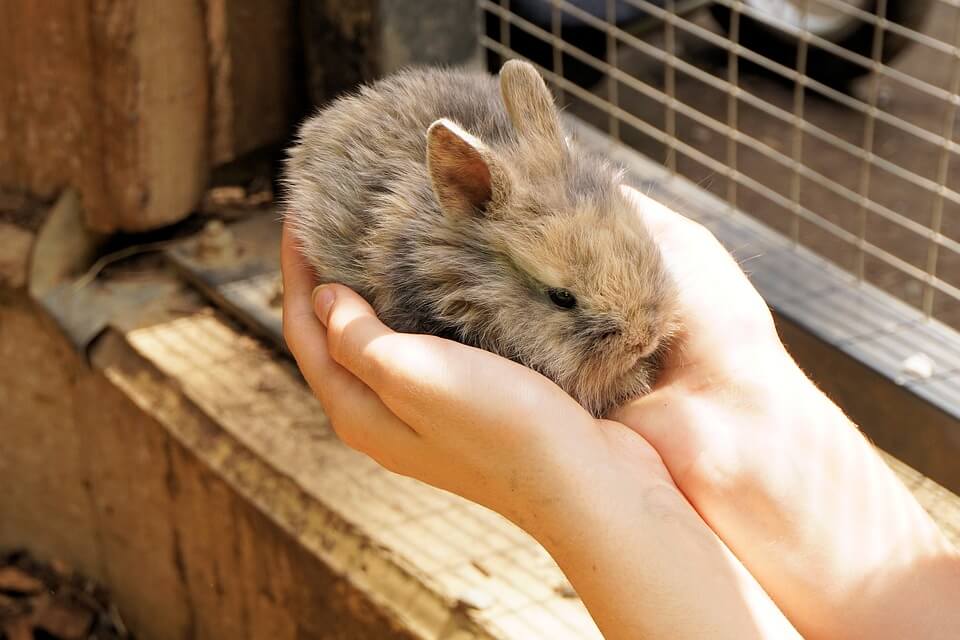 Animals are great, because even when people don’t particularly like them they still have a natural caring ability towards them. Which can teach people the importance of caring for themselves and treating themselves nicely, too. Animals can’t speak, but they can still provide a sense of comfort and security to those most vulnerable – hence why they are becoming a more popular therapy method.

In conclusion, animals have found to be very beneficial in terms of their therapeutic purposes, hence why they are increasingly used amongst different industries and when helping those suffering from a mental health condition. Evidence and research carried out highlights that people have positive experiences with Animal Therapy and only experience positives from the interaction with a range of different animals, in different settings.